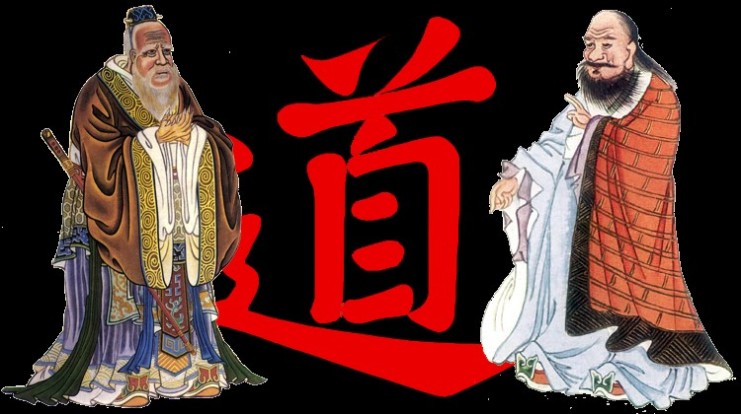 As opposed to dualism, Chinese philosophy is characterised by various systems of thought that synthesize opposing views to create a holistic way of thinking. However, this does not necessary have to align with the strong “holist” position, which argues that Chinese thought lacks any concept of dualism and is radically different from Western thought. For example, Roger Ames (1993) and François Jullien (2007) both adopt the strong holist view by claiming that the idea of the body as a material substance was foreign to the Chinese: “the body is a ‘process’ rather than a ‘thing,’ something ‘done’ rather than something one ‘has’” (Ames, 1993, p. 168). Put simply, there is no perfectly clear divide between mind and body: in classical Chinese, there is not even a single word that corresponds to ‘body’ or ‘mind’ alone. Instead, body and mind were understood by terms such as xin心 (the heart-mind) that suggest the physical body and mind are like two points on a spectrum, with some features potentially falling on one side of the line or the other, rather than being split apart as either mind or body. It should be noted, as Slingerland (2013) does, that the holistic perspective is not unique to China or the “East”. Aristotle, for instance, based his theory of ethics on ‘virtues’, a type of intelligent and emotional capacity that was linked to both the body and mind (Wiggins, 1975).

Daoism (sometimes transliterated as ‘Taoism’) is an encompassing school of thought native to China that is based on a range of philosophical texts and thinkers, the most famous being the Dao De Jing (The Book of the Way and Its Power) – possibly from the 4th century BCE. Often linked with naturalistic or mystical religions, Daoist concepts are based on the teachings of Laozi (老子, meaning “Old Master”) who is said to have lived during the same time as Confucius. Laozi may have been the author of the Dao De Jing which is also known as the Laozi. While Daoism seems to contrast Confucianism by leaning towards mysticism, it is usually allied with Confucius’ thought compared to other philosophical traditions like Mohism and Legalism, for example. Fraser (2010) states that the Confucian idea that li (ritual propriety or ceremony), a traditional code specifying behaviour appropriate for individuals according to their social roles, was disputed by Mozi (the founder of Mohism) who did not identify with high culture and found ritual to be an unconvincing moral guide. The founder of Legalism, Shi Huangdi, also turned away from Confucian teachings by arguing that instead of obligations, people were driven by self-interest and it was the job of the state to control and punish those who did not abide by its laws (Eno, 2010).

Daoism emerged when people began protesting the growing despotism and rigidity of rules during Confucius’s time, and arguably shared some emphasis with Confucianism on applying principles to this world rather than on speculating abstract thought. But, instead of being an “ally” to Confucianism, as Schipper (1993) argues, Daoism largely represented an alternative, critical perspective that diverged from Confucian thought.

One example is in relation to concepts of identity and selfhood. The self in Confucianism is described by Ho (1995) as a ‘subdued self’ as individuals are not encouraged to pursue their own ambitions and desires, but to respond to social requirements and obligations. In The Analects, this is expressed by the term ‘loyalty’ (zhong, 忠) in passage 1.4 when Master Zeng says,

Each day I examine myself upon three points. In planning for others, have I been loyal? In company with friends, have I been trustworthy? And have I practiced what has been passed on to me?

Loyalty here means not only being faithful to one’s superiors and peers, but to align one’s interests with the social group as a whole. Ritual and patterns of conduct are forms of behaviour that allow each person to form a perfect social communion with others, reinforcing social order and harmony. This idea of selfhood is said to be present in many Confucian societies like Japan where the self is ideally directed towards more immediate social purposes rather than being distinct or individual as in the West (DeVos, 1985). In China, during the May 4th Movement (the 1919 revolution against imperialism and feudalism), intellectuals criticised Confucianism and its ideas of selfhood as being paternalistic, conservative, and even oppressive. Restricting one’s conduct for ‘social harmony’ was said to leave little room for openly expressing emotions, feelings, and individuality that may counter social norms and expectations. According to Ho (1995), such restriction even in father-son relationships, which is said to be largely marked by distance, tension, and even antagonism as each person sticks to their assigned roles (for a critique of this view, see the ‘son-covering-father’ story in the Confucian Weekly Bulletin), suggests that the Confucian ideal of selfhood is flawed in reality.

In that case, whereas Confucians stated that individuals should conform to social norms, Daoism became popular by emphasising the independence of individuals. Instead of social conventions, hierarchical organisation, and government rule, people should live their lives simply, spontaneously, and in harmony with nature. In the Dao De Jing, many passages use the term “self-so” (ziran, 自然) to describe a self that simply is, without any intention to be so. To live in a way that conforms to the Dao, human beings need to refrain from planning, striving, and purposeful action, returning to an animal-like responsiveness of acting without plans or effort (Eno, 2010). The best way to do this is through selflessness, which means to “exhibit the plainness of undyed cloth; embrace the uncarved block. Be little self-regarding and make your desires few.” (passage 19). By getting rid of social regulation and desires for status, beauty, and wealth, more room is made for simply being: existing in a detached tranquillity that joins the harmonious rhythms of Nature and the Dao.

Confucianism sets up a system where human beings are active moral agents. People plan, educate, develop, and theorise about what is the correct way of behaving and interacting with others to set up a harmonious way of being. Daoism, on the other hand, opposes this view. As another famous Daoist text, the Zhuangzi (chapter 8), states: while Confucians think they can understand, name, and control reality, Daoists find such endeavours to be a source of frustration. The Dao is the unnameable reality that cannot be grasped by the mind, though people should aim to set one’s actions in accordance with the transcendental unity that is all.

Despite having such vibrant philosophical and religious traditions like Confucianism and Daoism, which often contradict each other, there has never been a war of religions in China. One of the reasons why is because of the holistic perspective found in most of Chinese thought. One of the benefits of this is that unlike in Europe, political leaders in East Asia were for the most part unable to appropriate or justify violence based on religious difference since people were able to incorporate a range of opposing views. While not unique to China or the “East”, there are lessons to be learnt from inclusivism and alternative knowledge, especially in the globalising world. 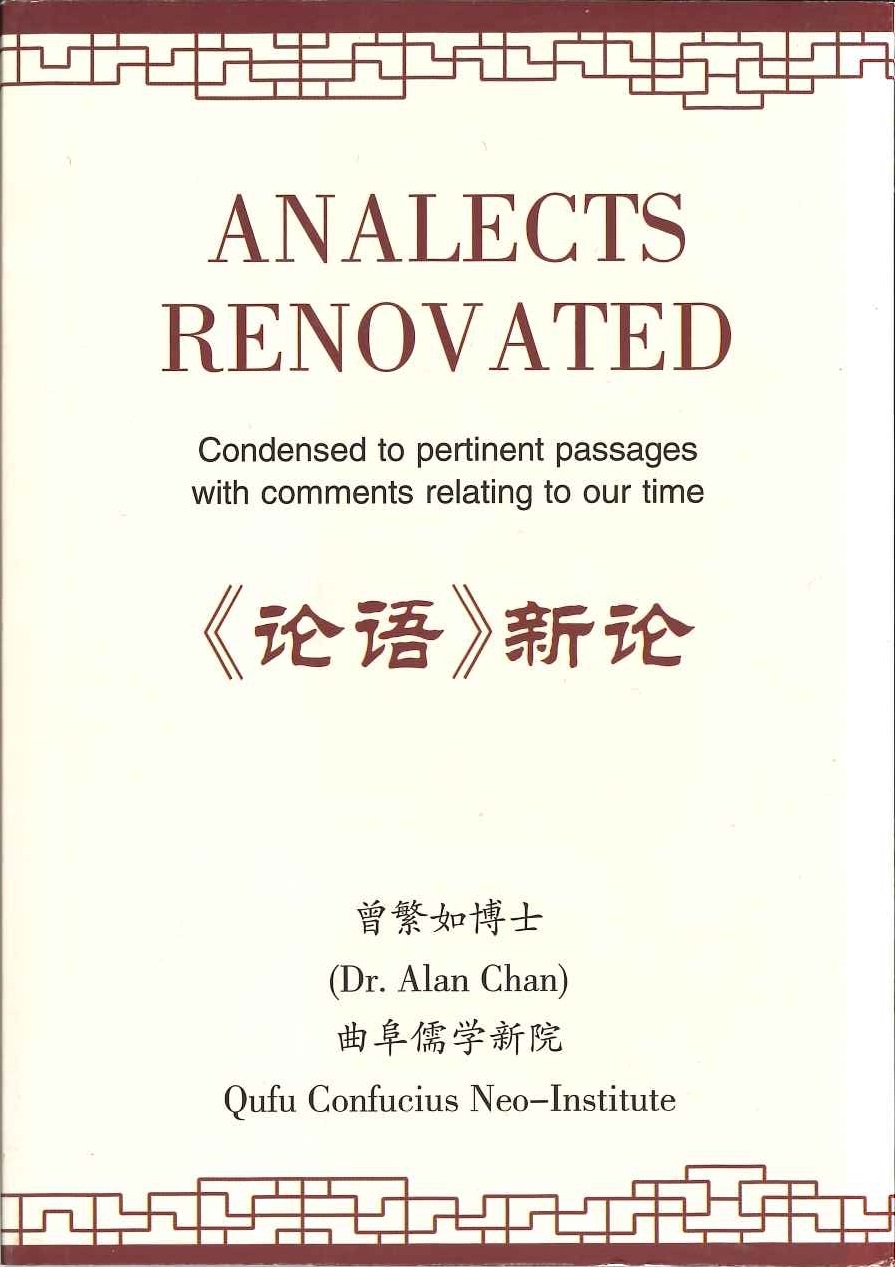